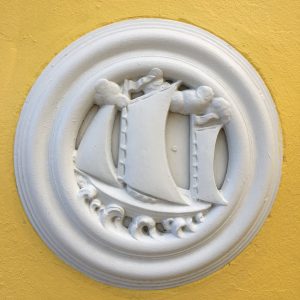 As I travel from island country to island country I research the islands’ histories and give presentations to my crew. The general overview for each country is often the same: the gentle and agriculturally skilled Taino &  the warring Carib Indians lived on the islands; they often battled each other. Christopher Columbus came in from Europe by sailing vessel with his fleet and started the decimation of the populations of indigenous peoples either by direct violent battle, spreading disease, or enslaving the inhabitants or displacing them. 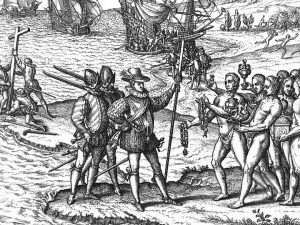 There were often continuous battles between various European powers to claim and maintain control the lands they had taken. Resources were extrapolated and taken back to Europe.

As wealth increased from the sale of the resources, more settlers came to the foreign colonies to establish plantations – mainly for growing sugar cane – that made the owners very wealthy and the slave trade exploded. 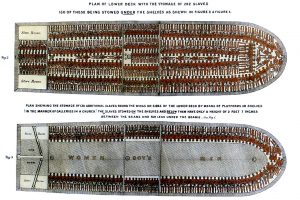 And the trade routes grew stronger, leaving millions of Africans displaced, separated, tortured, and in desperation. The ships left Europe filled with things to trade for slaves; made their way down the African coast, collecting provisions for their ocean crossing and choosing a few slaves to purchase from the varying ports they stopped in.
Exposed to hideous treatment and conditions, the slaves were transported across the Atlantic and those that survived were sold to plantation owners in the island colonies upon arrival. 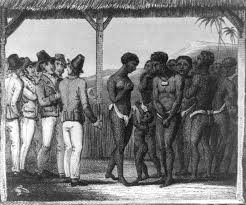 The trade vessels loaded up on sugar and rum and traveled with the Gulf Stream, up the coast of the US, trading for furs and other goods in US colonies and if they were successful, returned to Europe with their bounty to make the money to do it all over again.

Occasionally an island’s sugar economy grew so rich from the slave labor in the cane fields that the captives drastically outnumbered the whites. In a few countries, escaped slaves hid out in the bush and emerged as leaders of slave revolts. In very few cases the slaves managed to kill and terrify enough whites that those that survived the bloody battles became free until forcefully beaten back into submission by European reinforcements. Haiti is the only Caribbean country where their brutal lslave revolt resulted in complete withdrawal of the European power. 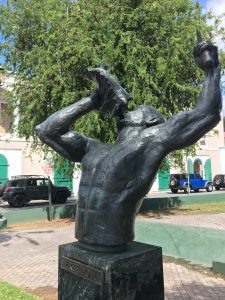 Today as I travel through these islands peacefully and come ashore I practice my own form of piracy without the violence and destruction. We are not self-sufficient on our little floating sailing vessel; we come ashore to seek fresh water, provisions, ice, showers, toilets, and Wi-Fi. I try to be a good pirate and give back to the people I encounter with a radiant smile, laughter, and kindness. 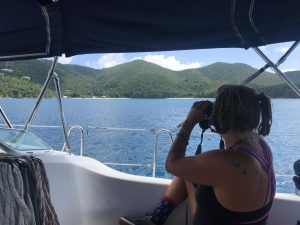 We usually don’t have enough fresh water onboard to take many showers, so I seek opportunities to shower anywhere – from the hose designated for rinsing sand off of people’s feet before they come into the beach bar, to fancy marina showers for paying guests, which I find a way to slip into. Often, I wash my small bits of laundry in sinks of various establishments or while showering in my pirated fresh water.

The skill of acting like you belong somewhere is one a modern-day pirate should master.  I have spent many hours lounging by pools at resorts pretending to be a guest, using the Wi-Fi and fresh-water facilities. 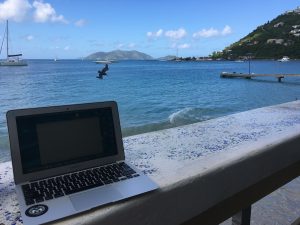 We currently don’t have refrigeration on the boat, so ice makes our provisions go a lot further and makes it possible for a fish we catch to feed us for days instead of going bad before we can finish it. Finding a location to buy ice near our anchorage is a key component to getting it back by dinghy to the sailing vessel’s cooler before it melts. Sometimes a resort’s ice machine in that little corner at the top of the stairs is the closest source. Not really looking much like a guest, I stealthily fill my Ziploc bags, load them into my small backpack and slip away into the dinghy and zip back to our floating home.

Another skill to master ashore is to be kind, compassionate, and respectful. I find I get a lot more internet passwords and free beers for my captain by asking nicely rather than using a threatening tone, force, or weapons as the pirates before me must have.  On shores where there are no facilities or beach bars, I have found many a tourist happy to hand me a beer to shove into my swimsuit to swim back to the boat for the captain. A good story of life at sea and a smile go a long way in exchange and don’t get me arrested for plundering.  In resorts or restaurants, asking a guest kindly for the Wi-Fi password usually works just fine.

In one of the resorts I recently spent time in, powering up my laptop and enjoying the comforts of the lounge, I was offered rum punch, fresh fruit, and jalapenjo poppers just for walking by at the right time. I wasn’t even planning on helping myself, as every good pirate should while offering compliments and gratitude to the party hostess, but I just walked by the table on my way to the bathroom. The hostess joyfully encouraged me to have some free rum punch; how could I resist?  Another skill for the modern day pirate: go to places that the wealthy frequent and put yourself in the right place at the right time.

Also during our time at this particular resort they were filming a promo video. Captain Ray happened to be at the bar the night when the margarita made for the shoot was offered up for free. Next skill: Always be ready to say yes to free and let the universe reward you for being a gentle and kind pirate. 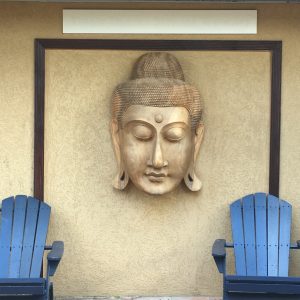 The following morning I was setting up to write on my laptop in the Buddah lounge after washing my laundry in the hotel’s sink, when I was approached to be in the promo video. I agreed and was filmed reading a crappy novel in a weird straw hat and being served a drink poolside; afterwards they offered me any drink from the bar. Since I really don’t drink much – especially before 11am – I asked for beers that I could take back to the boat for my captain. Skill number 4 for good pirates: Ask for exactly what you want at the establishments you plunder as you radiate love and gratitude through your smile and words to those around you. Give back in any way you can, even if it includes wearing ugly straw hats in promo videos.

Skill 5: Know your trees and herbs and how to top plants so they continue to flourish for the people who tend them and for all the good pirates that come after you. Fruit and fresh herbs can often be found if you stay on the lookout. Pinching the stems back and taking the tops of basil, mint, or oregano just above the leaves half-way down the stem will allow the plant to grow two new branches in the place of the one you topped.

I have also practiced a little Hawaiian sling fishing this year, as some self-sufficiency is necessary as a back-up when resorts to plunder run dry. 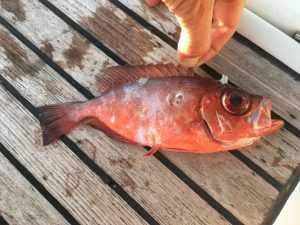 I have personally found it to be way more disturbing to me than dragging a line and reeling in a fish that we kill with Patron sprayed directly into its gills. When I go out on a hunt, I am quite disruptive to all the creatures in the neighborhood, and I don’t feel like such a good pirate, as I create panic and chaos as the fish flee from me and my weapon. 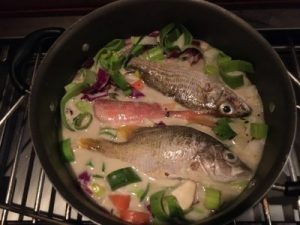 I have successfully taken a few small fish this way, but have also injured 3 that got away, which left me feeling terrible. So I think the next bit of advice for a good pirate would be never to hunt with a spear or sling on a reef unless deemed necessary by a lack of free or scrounged food in your hunts on land. Our ancestors came in and created enough chaos and destruction on land and under the sea throughout these lands; we can still carry on as pirates in their honor, but in a more ethical way.

Reducing my impact on a heavily impacted land is not so easy; we leave our crew’s garbage and often can’t recycle in countries we visit. We leave our shit in the septic systems on land whenever possible, as the alternative is carrying ours in a holding tank out to sea. 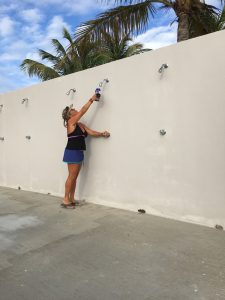 Often a pirate doesn’t have much to offer in return for dumping our waste, so in all fairness we are just part of this plague of humans that continues to pillage this system that is out of balance. If we at least reduce our footprint by bringing our own bags, drinking vessels, and to-go containers to shore we can help preserve lands for future generations.   Always offer gratitude, respect, loving kindness, compassion, and smiles –  in hopes that we might brighten the lives of those we come into contact with and counter-balance the blight that our existence has become. 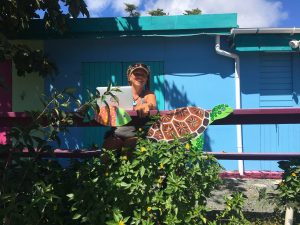 ← The Queen of the Sea
Pertinent Lessons for Covid-19 Times, Learned from Surviving my Partner’s Suicide →

3 Responses to Tips for the Modern-Day Pirate